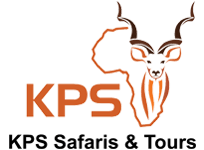 Imagine… A veteran male leopard catching a late afternoon snooze on a nearby termite mound… complimented by skirting hyena and an eerie ambience, one cannot but feel slightly small. Then a few vocalizations reverberate throughout our souls, sending chills down our spines… The leopard feels an instinctual urge to let all know that it is here. Just Imagine Africa…

Morning:
Sunrise: wake-up call, then tea, coffee and rusks in the main area and depart on open game drive.
One hour later: stop for hot drinks and snacks.
Two hours later: come back to lodge for a full English breakfast.
Afternoon:
Siesta
Later afternoon: gather for high tea
Thereafter depart on open game drive during which you stop for sundowner drinks and snacks.
Three hours later: arrive back at Imagine Africa with time to refresh before dinner.
Evening:
Dinner is served usually in our traditional boma and then overnight in one of our luxury safari tents.

Accommodation in a luxury safari tent and all meals per day.

Optional return transfers to and from Eastgate Airport (Hoedspruit) if requested.

… A family herd of elephants quench their thirst at a nearby watering hole as you lounge next to crystal clear infinity pool that overlooks the African wilderness. As you stretch out you hear a distant lion send out a guttural roar to let all know it is there.  An excitement grows as you realize the time to go out approaches. The nearby idling of an approaching Land Cruiser signals the beginning of another adventure that defies imagination.

Imagine Africa is an intimate, family-owned lodge Luxury Tented Camp  opened in 2021. Driven by passion and guided by experience, a tented camp was envisaged that would create the perfect safari experience, with every thought catering to nothing but the most authentic and enjoyable of stays.

There are six fully furnished spacious, elevated and air-conditioned lxury canvas tents accommodating 2 people each (maximum 10 people in camp) that provide all the goodness and simplicity of contemporary living, without detracting from the majestic splendor of the surrounding African wilderness. Comfortable patio seating inside and outside and private coffee/tea/desk station allow for uninterrupted bliss and memorable intimate conversation.

Each tent boasts a spacious private deck and an unrestricted private view of the northern Drakensberg mountains, allowing you to laze and watch the wildlife follow the sunset. A rustic, yet contemporary outdoor shower and spacious bath complement a seamless integration into nature. On entrance to the safari tent you are welcomed by two 3/4 extra length beds and ensuite bathroom facilities (including inside shower and toilet).

Nestled next to the welcoming reception area, a crystal clear infinity pool offers a picturesque view of a nearby watering hole, a haven for many an elephant on a scorching hot day. An iconic Marula and surrounding flora are always host to a wide variety of delightful birding specimens, and one cannot but become engrossed in the cacophony of music the African bush has to offer. In the distance one can easily discern the vistas of the northern Drakensburg Mountains, offering remarkable opportunities for prospective photographers particularly at sunset.

Sprawling under a professionally-handcrafted African thatch roof, a contemporary finish is complemented by hand-crafted African decor. An ambience of home is achieved by numerous comfortable seating areas for prospective book-lovers, where views of the surrounding serenity and artisanship leave little to one’s imagination. A central coffee station and freshly baked traditional rusks provide the perfect companion to an exciting early start if one so desires, with the surrounding wildlife and landscape delivering serenity as day breaks.

A traditional “African boma”, or dining area, adjoins the reception area and welcomes one to a hearty central fire, where one can relax with a drink under the African sky very amiably after an afternoon safari. In the evening the light allows for breathtaking views of the stars, and acoustics of surrounding African wilderness create a perfect ambience which leaves much to the imagination as to what could be but a short safari away. This all seamlessly blends in with the main lodge through a rustic yet elegant wooden finish, and one immediately feels at home.

Tucked away and situated along the western boundary of the world-renown Kruger National Park, a pristine and untrodden wilderness awaits you within the Balule Nature Reserve.

This sub-tropical Lowveld eco-zone boasts an impressive biodiversity in both fauna and flora. With over 336 documented tree species in the region, ranging from ancient Baobabs to the massive Marula, the dominant woody savannah is accentuated with plenty to see and accommodates an impressive diversity of bird life. For the avid birder there are over 220 documented species to be found. Various raptors, such as the endangered Lappet-Faced Vulture, Pel’s Fishing Owl, and Martial Eagle, can be observed. This extends to larger birds, such as the Southern Ground Hornbill, Kori Bustard, and Saddle-Billed Stork, amongst a plethora of other species.

Rivers and occasional watering holes are sanctuaries for an eclectic array of wildlife…. pods of hippo, crocodile and frequenting elephants often make for an intimate viewing experience at Dean’s Dam. These interactions and more are often heard in the evening, where the characteristic whooping of scavenging hyena are also often complimented by the guttural roar of lions.

Located within close proximity to the conservation hub of Hoedspruit (20km), the reserve is easily accessible, yet the acoustics of the wilderness and striking visuals of the adjacent Northern Drakensburg Mountains cannot but make one feel secluded and very much attune with the surrounding wilderness.

Your Journey In Numbers

No. of Rooms
Pictures Taken
Big
No. of meals daily

A spa treatment today, is all about wellness of mind, body and spirit. Imagine Africa’s mobile spa is an unique relaxation opportunity provided at the lodge where Africology Spa comes to the lodge between game drive times, giving a temporary escape from everyday work and emotional stress. We proudly offer through Africology a comprehensive range of spa services including facial treatments, therapeutic massages and nail services – manicure and pedicure.

Products used harm none by being conscious of our planet and all who inhabit it and their formulations are enhanced with nutrients, vitamins and minerals that are bio-identical to ones body. Always evolving, Africology find new or better ingredients to evolve formulations ensuring they deliver all natural ingredients some of which grow abundantly here on our doorstep. Therapeutic in its approach, and effectively enhancing the integrity of your skin whilst simultaneously preventing premature ageing.

There are few things as memorable as a scenic pit stop in the African wilderness. At Imagine Africa Luxury Tented Camp, every variable ensuring the perfect experience is accounted for. From ice-cold local and craft beers, to a pleasant gin and tonic with reinvigorating lemon slices, no effort is too small to ensure the perfect sunset. This extends also to the daily morning safari, where few things equate to a freshly brewed pot of coffee whilst watching the African sunrise.

An intimate experience awaits, with the most professional and thoughtful of Safari guides and trackers. At Imagine Africa Luxury Tented Camp, we know that nothing but the best will do, and we strive to provide an experience unimaginable. Along with over 30 mammal species, from towers of giraffe to dazzles of zebra, iconic predators such as cheetah and wild dog also occur and are often a treat for the prospective safari-goer. The safari falls within a sub-tropical Lowveld eco-zone, which boasts an impressive biodiversity in both fauna and flora. With over 336 documented tree species in the region, ranging from ancient Baobabs to the iconic Marula, the dominant woody savannah is accentuated with plenty to see and accommodates an impressive diversity of bird life.

For the avid birder there are approx. 220 documented species to be found. Various raptors can be observed extending to larger birds, such as the Southern Ground Hornbill, Kori Bustard, and Saddle-Billed Stork, amongst a plethora of other species. A large BIG 5 traverse allows for scenic game drive / safaris and ample opportunity for excitement around every corner.

From ZAR 2230 Per Person Sharing

Taking pictures is savoring life intensely, every hundredth of a second.

Let's do something awesome. Again.